Palm Beach Par 3 Golf Course's closing hole is one of several with views of the Atlantic.
«

The Palm Beach Par 3 Course is situated right along the beach, offering stunning views of the Atlantic and the Intracoastal Waterway. The tropical setting is perfect for a round. Originally opened in 1961, the golf course underwent a major redesign in 2009 headed by Hall of Fame golfer Ray Floyd to make it more challenging and improve its playability.

Okay, it's not quite Pebble -- nothing really is -- but the land alone is worth $150 million, which is probably close to the value of the mansions that run along Highway A1A across the street.

Fortunately, the golf course is owned by the town of Palm Beach, and by the looks of recent and future investments, there's no indication that this 50-year-old golf course is going anywhere soon.

"The only real estate better than this is Seminole (Golf Club), and, of course, you can't get in there," said Tony Chateauvert, who spent 17 years as the head professional at Bedford Golf and Tennis Club in Bedford, N.Y., before coming over to manage Palm Beach Golf Course in 2010.

In 2009, the course got a makeover by local golf great Raymond Floyd, and the conditioning, views and quality of the holes is on par with the location.

Add to that a new clubhouse that's scheduled to open in early 2014, and you've got the makings of one of Florida's golf treasures.

But even before the renovation, this 2,572-yard course has always been a favorite.

Starter Austin Terico, who came here 30 years ago as a golf professional, has seen just about everyone come to the course. Rod Stewart, who lives nearby, brought his kids over to hit balls. There have been scores of professional athletes, musicians and actors who played here, and even American royalty.

Terico remembers the Kennedys -- John Kennedy Jr. and Carolyn -- coming out to play around the holidays in the late afternoon. They'd be concerned that they might be recognized. Terico assured them that they wouldn’t be bothered.

"I'd tell them, 'Don't worry, I'll divert everyone to the back nine,'" Terico recalled.

The course has also been a favorite with the LPGA, which conducted a pro-am here for 20 years. And speaking of pros, it's not uncommon to see PGA Tour players who live in the area come out for a quick and fun round, albeit in shorts and sometimes flip-flops.

In the summertime, there's twilight golf accented by a steel drum band and plenty of other special events. It's a relaxed atmosphere, where golfers can be as serious or casual as they want (within reason). Rack rates start at $23 in the summertime.

"If they don't tuck their shirts in, that's okay," said Chateauvert. "It's all about enjoying the game of golf."

The appeal of Palm Beach Par 3

Built by Michael Phipps and opened in 1961, the course was originally designed by Dick Wilson and his then apprentice, Joe Lee, who became a prolific Florida architect. The course was privately owned until 1973 when the town of Palm Beach purchased it for $5 million.

The redesign brought salt-water resistant paspalum grass throughout, elevation changes and great views of the water. There are six holes that run along the beach and five on the Intracoastal Waterway. In between, there are a couple of lakes, which bring in views arguably as good as the ones on the coast.

Best yet, the holes are unique with no two alike. It starts off with an 81-yard hole (there are three sets of tees) that on the surface seems easy. But a false front and plenty of slope make it anything but a routine par. The next hole is 167, and with the constant sea breeze, golfers will have to aim their tee shots over the water to keep them in play.

The longest hole is the fourth, at 196 yards, and, again, with wind and water right, it's plenty difficult.

Throughout the golf course there are plenty of deep bunkers, and the coquina cart paths not only add to the look but are in play as well.

The course has a terrific finishing stretch. From the 15th tee, you can see a third of the golf course. The 17th plays uphill to a green with a great view of the Atlantic. And the 18th, at 148 yards, brings a slice wind into play off the ocean. Miss the green right, and you can lose your ball in the high grass.

This is a must-play for any golfer in the Palm Beach area and one of the best par-3 courses in the country. Not only is the course terrific, but so is the experience, and it's only going to get better.

The new clubhouse, which will overlook the ocean, is scheduled to open in early 2014. It will include a restaurant and deck that will surely attract golfers and non-golfers alike.

Palm Beach Par 3 also has an outstanding teaching program and practice facilities (memberships are available). Highlighted by the Kellie Stenzel Golf School (Stenzel is a top 100 teacher who has written three instructional books), the course boasts a number of renowned instructors.

Palm Beach Par 3 is exactly what golf needs to grow the game.

"This is less expensive to play, it's quicker to play, and it appeals to good players, beginners, intermediates, non-golfers advanced golfers," Chateauvert said. "It's the future of the game." 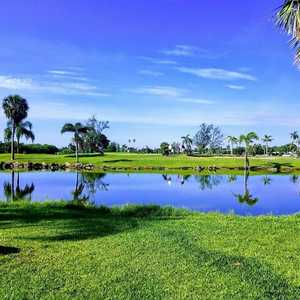 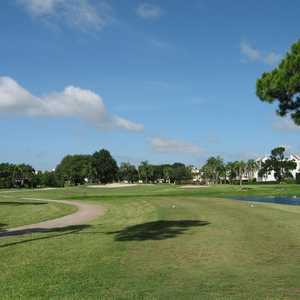 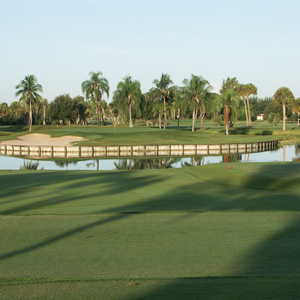