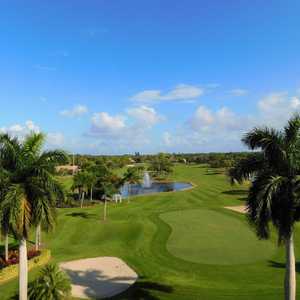 
Tee times from $19 Tee times in this area

Spanish Wells Golf & Country Club in Bonita Springs offers tennis and bocce courts, a fitness center, and 27 of the most picturesque holes in southwest Florida. The holes are divided into three nines: the North, South, and East; that are played in three different 18-hole combinations. The East/North Course combines the longest nine and the shortest nine. Towering pines and palms as well as mature oak trees cover the entire course. Almost just as abundant is the water, which makes an appearance on almost all of the club's holes. The golf course begins with one of the few holes at the club where water doesn't come into play. Although trees line both sides of the fairway on this dogleg right par 4, the landing area off the tee is generous. 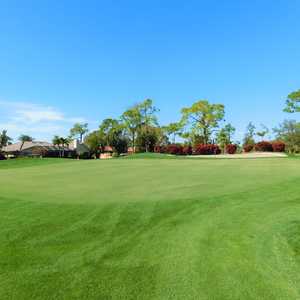 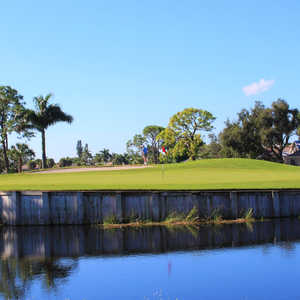