DAYTONA BEACH, Fla. -- If you think the two courses at LPGA International in Daytona Beach are for ladies only, think again.

The Rees Jones-designed Champions Course at LPGA International debuted in 1994.
«

LPGA International in Daytona Beach boasts two championship golf courses, one designed by Arthur Hills and the other by Rees Jones. Hills designed the Hills Course, which is the shorter of the two courses, but not by much, it is still quite lengthy at just under 7,000 yards.

The Jones Course is the original Rees Jones design at LPGA International in Daytona Beach. It was later joined by the Arthur Hills-designed Hills Course. The golf course has a traditional links-style layout that measures a lengthy 7,088 yards from the back tees. It is a seemingly wide-open course with generous landing areas but it is far more treacherous than it looks.

The Rees Jones-designed Champions Course and the Arthur Hills-designed Legends Course appeal to a wide range of players, male and female. After all, the courses are set in an expansive master-planned residential community that is home to numerous golf playing couples.

There are five sets of tees on each course, and they are strategically positioned to encourage all players in a foursome to play the same club for each shot on a hole.

If you're looking for a place to "Play it Forward," LPGA International, managed by ClubCorp, is a good place to start. Low-handicappers seeking challenge and playability won't be disappointed, either.

The older brother in the twosome is the Champions Course, which debuted in 1994.

Long and wide open, this course played host to the LPGA Tour's Mercury Titleholders Championship from 1996-98 and serves as the annual site for the LPGA Tour's Final Qualifying School.

Stretching 7,088 yards from the back tees, the Champions Course is a fair challenge. As a mid-handicapper, I like it because you're offered a bit more leeway off the tee than the Legends.

Beware of the 576-yard par-5 13th, the No. 1 handicap hole. The entire right side is lined with either water or bunkers and Jones forces you to hit three accurate, strategic shots if you want a sniff at birdie.

The newer Legends Course, built in 1998, is more of a target golf experience. While the course isn't long by 2012 standards (the back tees are 6,984 yards), it'll challenge every phase of your game.

Designed by Hills, a veteran architect with more than 185 new courses to his credit, including Florida layouts like the TPC Eagle Trace in Coral Springs and Bonita Bay Club in Bonita Springs, the Legends is the quintessential shotmaker's course.

Make sure you visit the range and warm up sufficiently before you venture to the first tee. The parkland-style course has moderate to narrow fairways framed by beautiful magnolias and tall pine trees. Water comes into play on eight holes and many of the greens are well protected by bunkers.

It's imperative for mid- and high-handicappers to select enough club to traverse the bunkers on approach shots. If you're consistently short or off line, you'll spend lots of time flailing away in the sand. You might like the beach, but nobody wants to spend all day in Hills' bunkers.

One important feature I like about both courses is the resources for getting yardage readings. The ProLink GPS system is on every golf cart, there are easy-to-read yardage blocks at 250 (on par 5s), 200, 150 and 100 yards and sprinkler heads are also marked with yardage to the center of the green.

For a quick bite to eat on the course, The Snack Bar, situated between the ninth and 10th tee on the Champions, is a great place to grab a cold drink, hot dog, sandwich or snack.

After the round, The Grille at the clubhouse, which opened in 2001, is a casual, well-appointed restaurant overlooking the 18th fairway. It features daily chef's specials, soups, burgers, sandwiches and salads. 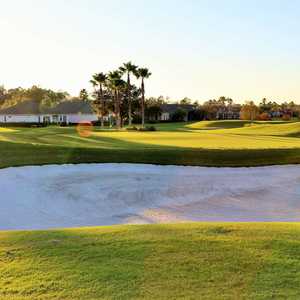 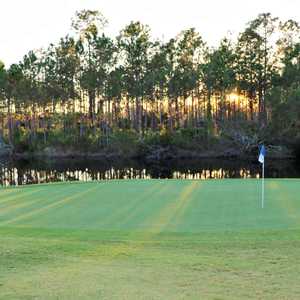 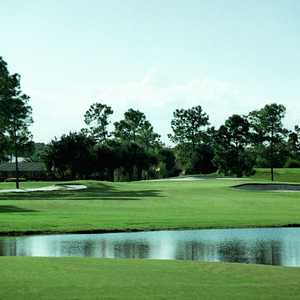