A large fairway awaits on no. 3 at the renovated Cypress Head Golf Club in Port Orange, Fla.
«

For those who grew up plying the ancient game on public golf courses, Cypress Head Golf Club checks all the right boxes -- owned by the city of Port Orange, an inland enclave just a short drive from the crowded shores of Daytona Beach, and open to all.

Yet as you meander your way through quiet neighborhoods into the tree-lined parking lot, little outside of the modest green fees (which range from $37-$18) screams municipal golf.

Much of that vibe is a testament to an extensive renovation of the golf course (originally designed in 1992 by Arthur Hills and Mike Dasher) and much of the infrastructure, including the practice range and clubhouse.

The course reopened in November with the same Old Florida charm, but it was touched up by a collection of architectural and agronomical nip/tucks.

The Bermuda greens are some of the purest "municipal" putting surfaces this side of San Francisco's Harding Park, and they have been meticulously returned to their original size and shape after years of indifferent maintenance.

The layout also provides an intriguing ebb and flow to the round starting at the first, a relatively stress-free par 4 that is followed by the uncomfortably narrow par-5 second hole.

Or at the par-3 sixth -- which requires an exacting tee shot through a stand of trees -- the first of back-to-back par 3s. It's an anomaly, counterbalanced by back-to-back par 5s (No. 17 and No. 18) on the closing loop.

It's all part of an experience that is as intriguing and affordable as it is familiar. All the way down to changing your shoes in the parking lot.

Veteran sports writer Rex Hoggard is a senior writer for GolfChannel.com, serving as a beat writer for golf's professional tours. He has more than 15 years of journalism experience, including nine years at Golfweek Magazine. Rex began his career at the Orlando Sentinel, followed by a stint as a staff reporter for the Highline News in Washington before joining Golfweek in 1999. Follow him on Twitter at @RexHoggardGC. 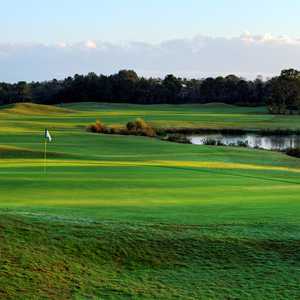 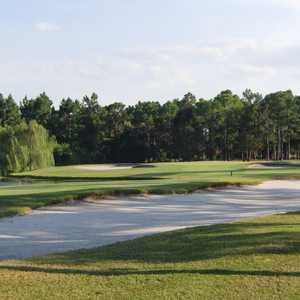 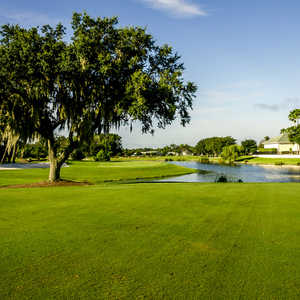