PORT ST. LUCIE, Fla. -- It's a new era for Club Med Sandpiper Bay Golf Club. What once used to be one half of 36 holes called The Saint and The Sinner has been reinvented.

Club Med Sandpiper Bay is an all-inclusive resort that offers everything from horseback riding to golf, and the beaches of the Treasure Coast are conveniently only 20 minutes away. The 18-hole championship golf course is a classic Florida layout. Though you may not have to contend with elevation changes, there are plenty of strategically placed sand bunkers and water hazards to keep the golf course challenging.

Club Med no longer has the Saint, and the Sinner wasn't exactly the kind of name you want to give a golf course you're trying to get people to play. So after it sold The Saint about a decade ago, the remaining course, which was designed by prolific south Florida architect Mark Mahannah, was simply Club Med Sandpiper Bay. But the work was hardly over.

In 2011, after the lease had run out with another management company, officials at Club Med decided to spend some money renovating the golf course and facilities. The work included a new driving range, practice green, short-game facility and general improvements to the golf course, especially in conditioning.

With the new range -- which serves the new Club Med Golf Academy as well as the instructional program included in the guest fees at the resort -- the course was shortened to a par 70. Now playing 6,620 yards from the back tees, the first hole was changed from a par 5 to a par 4, and the 10th is now a par 3 instead of a par 4. Most importantly, though, Championship Golf Course Services, which oversees more than 300 golf facilities in three countries, was hired to improve the conditioning.

In just six months, the greens were near flawless and fast, as the fairways were brought back to respectability as well. Now the only complaint about the greens is that they are too fast.

The course also got a new, much more modern clubhouse that fits in with the Club Med look throughout the resort. The new golf academy, which houses and trains elite junior players, is headed up by renowned instructors Brad Brewer and Don Law, who have 50-plus combined years of experience.

As for the course itself, it opened in 1963. Fairways are wide, bunkers are shallow and the greens are small and sometimes a bit tricky to putt. With the new conditioning, they often run as quick as 11 or 12 on the Stimpmeter. They are deceivingly fast.

"I think it's very golfer friendly," said Tom Gibson, head professional at Club Med Sandpiper Bay Golf Club. "There's plenty of space to hit it off the tee. The greens are probably the tricky part."

While the course may be player friendly, it's not without its tough spots. The fifth hole, for example, from the longest of the four sets of tees, is 435 yards and usually plays into the wind. Water comes into play on the left side. In fact, water is a factor on more than a third of holes, which is exactly what you would expect of a south Florida course.

Overall, however, there are plenty of birdie opportunities, with some reachable par 5s and very manageable par 4s. The course really does accommodate all levels of players, especially juniors and women, which makes it a good family-friendly resort course.

Golf at Club Med Sandpiper has come a long way since it used to be the Sinner, and it's getting better every day with the new management and maintenance staff. As part of the resort, it's the perfect amenity to complement everything else Club Med has to offer. It's also a great place to improve your game as the facility offers excellent instruction from its head professional to its golf academy.

While the golf course alone doesn't warrant a trip to Florida, the overall experience does, especially if you play some other excellent courses in the area. Your best bet is a stay-and-play package to experience Club Med's unique model of everything being inclusive, including food and beverages and many of its recreational activities. It's also one of the most welcoming resort experiences you'll find anywhere -- whether you're staying at the resort or not. 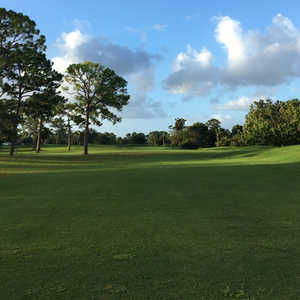 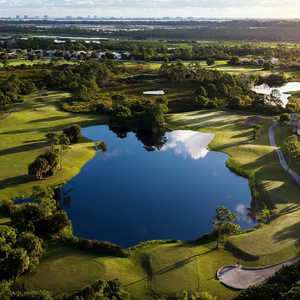