Golf's family affair: Floridian's Claude Harmon III in a league of his own now

PALM CITY, Fla. -- It wasn't until the 1987 Masters that Claude Harmon III realized what his family was all about. After all, the teenager was more interested in other sports, such as tennis and football.

Claude Harmon III is running the show at the Butch Harmon Learning Center at the Floridian.
«

But when he went to the Masters with his grandfather, Claude Harmon Sr., Harmon III started to get it.

"He took me to the Champions locker room," recalled Harmon, aka CH3. "We had breakfast every morning with people like (Jack) Nicklaus, (Arnold) Palmer, Sam Snead and (Seve) Ballesteros."

That was also right around the time that Harmon's father, Claude "Butch" Harmon II, started working with better players such as Steve Elkington and Greg Norman.

The younger Harmon shot video for his father, and his interest started to grow. A few years later, after he graduated from Stephen F. Austin University in Nacogdoches, Texas, CH3 came back to work at Lochinvar Golf Club in Houston, where his father, Butch, was then the director of golf. The youngest Harmon worked his way from up from outside services and into the shop and eventually to the lesson tee. And soon, he would be shooting video of the most dominant player of our time, Tiger Woods.

"At a very young age, I learned how to teach golf," said CH3, now 43. "And I learned how to give golf lessons from the guy who is arguably the greatest instructor of all time -- my father."

Harmon III said it's been both a blessing and sometimes a curse to be a member of the Harmon golf family.

"Obviously the benefits far outweigh the negative parts," he said. "The only negative part is that everyone thinks you got to where you are because of who you father is and grandfather was. I think I'm at a stage in my life and career where the first time in my life that's not happening."

Fast forward to today. Harmon III has been running golf schools around the world. He has, in fact, taught in 25 countries on five continents and has made a name for himself.

While most people are still familiar with his dad, grandfather and uncles, CH3 is the director of instruction at the new Butch Harmon Learning Center at the Floridian, an exclusive club located on the Intracoastal Waterway in south Florida.

Floridian facility state of the art

"This is the eighth one that I've built, and this is about as close to a test center as you can find," said Harmon, who moved back from London two years ago.

Harmon was hired by Jim Crane, who not only owns the Floridian, but the Houston Astros baseball club as well. Crane, a near scratch golfer himself, spared no expense and trusted Harmon to build the very best teaching center he could.

The move coincided with a complete facelift of the golf course by Tom Fazio and a new clubhouse that makes the club barely recognizable to the one that used to be owned by Wayne Huizinga.

The Butch Harmon Learning Center complex has a 6,000-square-foot building with hitting bays and pretty much the latest in electronics, computer and video equipment. It also has a gym, an indoor putting studio, Titleist clubfitting, launch monitors, 3-D technology and something called ForcePlate, which measure the center of gravity throughout a student's swing.

Besides the Floridian membership, it's not uncommon to see tour players at the facility, which also includes a large short-game area, grass range, real target greens and putting green. You might see Dustin Johnson one day and Ernie Els the next. And speaking of Els, it was Harmon III, not Butch, who has been working with Els exclusively the last few years.

When Els won the 2012 British Open, Harmon felt like he had done the family proud. After all, his grandfather, the longtime pro at Winged Foot, had won a major, and his uncles -- Dick, Billy and Craig -- had all either coached players who won majors, hosted majors at their clubs or had made their marks in other ways.

"It was important for the family," said Harmon of coaching Els to a major victory. "It makes me feel somewhat that I belong in the family."

The younger Harmon also coaches Trevor Immelman and Steve Marino and former students include Graham McDowell and Ross Fisher. He still assists his father on the PGA Tour with several other players, including Johnson, Adam Scott and Nick Watney.

But the facility is about much more than tour players and even goes beyond the scope of the Floridian's membership.

Harmon available to the public

Harmon and his staff are available to outside players. He said Crane let him set it up to run it as an independent business. But the Butch Harmon Learning Center isn't designed for golfers to get a lesson and go their merry way. It's designed to develop players, which is why it attracts the best -- both on the professional and amateur level.

Still, Harmon said, the average player can develop and improve his or her game there as well.

"We've got one of the best golf school facilities anywhere in the world," Harmon said. "We can teach anybody, whether it's me or Ryan Crysler."

Crysler, one of the top Titleist clubfitters in the country and a short-game specialist, previously served as director of instruction at Austin (Texas) Golf Club.

Harmon emphasizes that while the technology is great, he doesn't rely on it. For some students, it's more appropriate, while others need a different approach. He also said he tries to listen to each player -- whether a tour player or average golfer -- to design a program specifically for them. He also tries to blend his new school knowledge of electronic tools with the old school way of teaching golf he learned from his family.

"I think too many instructors try to tell the student what they need instead of listening to what they want and need," Harmon said.

To learn more about the Butch Harmon Learning Center at the Floridian, check out ButchHarmonFloridian.com. 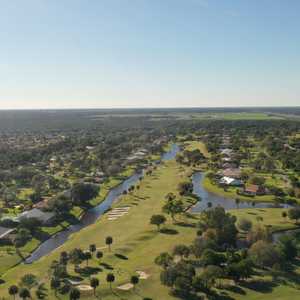 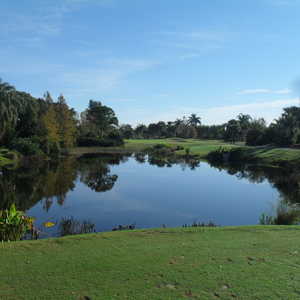 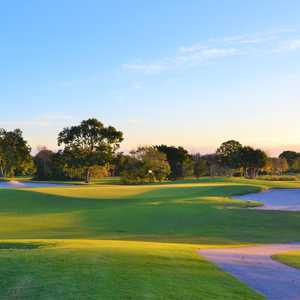