CRAWFORDVILLE, Fla. - For a golf course designed by a gang, Wildwood Country Club sure has a unified, cohesive feel to it.

The ninth hole at Wildwood Country Club is a par-4 dogleg with an approach shot over water.
«

There were 14 original owners of the property, which now houses the Wildwood Resort, and all of them had a hand in designing the layout, according to course officials. That's almost one architect per hole.

They had some fun, it's easy to tell. Some of the holes are quirky; there are two 90-degree doglegs, for example, one right and one left. Sometimes you find that once on a course, but rarely do you find it twice. Throw in some drivable par 4s, a 600-yard par 5, one two-tiered fairway, a smattering of water and several risk/reward holes that can make or break a round, and you have a very enjoyable day on a well-conditioned course.

One of Wildwood's advantages is its location. Wildwood is right on the Coastal Highway that follows the curve of the Gulf of Mexico in this part of the state, though the Gulf itself isn't in view until you get farther west.

This stretch of the highway, roughly halfway between Perry and Apalachicola, is pretty lonesome, and so the course - as well as the resort - has a nice, isolated feel to it, though there are some private homes that line parts of the perimeter.

It's a parkland layout, with tree-lined fairways and some wetlands - you'll see several signs warning you to watch for snakes and alligators. A big section of the track lies adjacent to a large swamp.

"Sometimes, when the water gets low, the gators move around and end up in some of our ponds," Comptroller Randy Esser said.

Wildwood is well designed for the resort set. It isn't overly long at 6,504 yards from the back tees, and it's very playable from back there for even medium-distance drivers of the ball. Many of the fairways are bounded by mounds, helping to keep the ball in play; on No. 13, you can play your tee shot off a mound on the left side of the fairway that will kick the ball back toward the hole.

But the best part about this track involves the TidDwarf greens. First of all, they are in excellent shape and roll true and relatively fast. They also have good slope and undulation. Several have sharp drop-offs, particularly No. 3, where a large depression lurks to the right. Miss it there, and you'll be wishing you had pulled it.

Wildwood is a semi-private course that allows only members to walk. That's a shame because it is a good course for walking, with the holes relatively close together.

It's a bargain for green fees of $25-$35, having a number of interesting holes, like the two 90-degree doglegs, Nos. 9 and 12. The par-4 fifth hole, at 308 yards, will entice you, but be aware that the green is completely encircled by a large waste area, which can easily turn your expected birdie into bogey or worse.

No. 7 is a par 3 with a skinny, deep green tough to hit, and No. 8 is one of those risk/reward options, a mid-length par 4 with a dogleg that can be cut over trees; if you manage it, you'll have a wedge into an oddly-shaped green.

The course opened in 1995. There is an irons-only driving range, but Esser said there are plans to install a net so woods can be used.

The Inn at Wildwood advertises itself as an "eco-friendly, nature-based lodge," and that's obvious from the start, both from its wooded location, so close to the Gulf and a variety of freshwater and brackish rivers, and the fact that they let you know at check-in there's a $200 fine for smoking in your room.

It's 30 minutes south of Tallahassee, which puts you in one of the last, relatively undeveloped areas of Florida. It's sometimes referred to as the "Forgotten coast."

The inn itself is clean and comfortable, with a fitness center, pool, big rooms and tennis courts - not to mention being reasonably priced at $89 a night - but the real attraction here is the surrounding nature areas.

There are all sorts of excursions on nearby rivers, like the Econfina, Ochlockonee and Wakulla, as well as Apalachee Bay: riverboat and sunset cruises in nearby Sopchoppy, a variety of hikes and recreational pursuits like world-class fishing, hiking, biking, kayaking, diving and horseback riding. 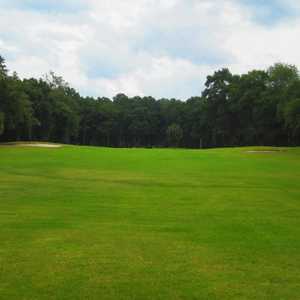 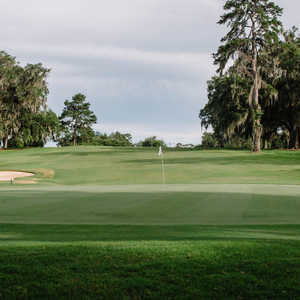