Timacuan Golf Club near Orlando: Tournament tested, yet playable for all

Timacuan's 421-yard second brings the challenge on the front nine.
«

Nestled in the gently rolling hills of Lake Mary Timacuan is a Ron Garl designed course. The front nine is reminiscent of a Scottish links-style course, with wide open fairways, rolling hills and deep bunkers. Watch the wind and keep it low!

Nate Stevenson, Timacuan's director of golf, says the course tests all facets of the game.

"That's why it's such a great site for competitive events," he said. "At the same time, with six sets of tees, we believe we've developed an exceptional course for all skill levels."

Opened in 1987, Timacuan was designed by Lakeland, Fla.-based architect Ron Garl and renovated by Bobby Weed in 1996.

Garl and Weed took full advantage of the unique terrain and setting. The front nine is a links-style layout with rolling hills and various undulations, while the pine-dotted back nine has a Carolina lowlands feel.

"The two nines are distinctly different," Stevenson said, "but the designers did a great job of making it flow nicely so you feel like you're continuing to play the same course."

Timacuan's front nine, with its wide fairways and big greens, is playable and scenic. Two holes that can decimate your scorecard, however, are the 421-yard, par-4 second and the 171-yard, par-3 seventh.

The water-laden no. 2, with an island fairway, requires a tee shot and an approach shot over water. If you get a bit anxious at the site of the liquid stuff, you might want to check your ball inventory before you put the peg in the ground.

In contrast, sand -- not water -- is the big issue on seven where the island green is completely encircled by a bunker.

On the back nine, the 11th hole is a short par 4 that's a blast to play. Measuring 364 yards from the back tees (Gold) and 337 yards from the Blues, with a large waste bunker and water down the right side, the hole is a high-risk and high-reward gem.

The course concludes with the 450-yard, par-4 18th, a treacherous dogleg-left hole with water on the left as you approach the green and strategically placed bunkers.

Stevenson is proud of the putting surfaces at Timacuan.

"We put in new Mini-Verde greens in 2013, and we've received outstanding reviews from the professional golfers who play here often," he said. "Our greens have virtually no grain and are the closest thing to putting on bentgrass in Florida."

For a pre-round warm up or a complete swing overhaul, Timacuan has an impressive practice complex. Complementing the driving range is a short game wedge range with numerous targets and a spacious putting green behind the clubhouse. Home to the Eagles Dream Golf Academy, Timacuan has several junior summer camps and the Get Golf Ready Program, which offers five lessons for $99.

Stevenson said PGA Tour pro Zach Johnson, who lived in the area at the time, used the wedge range often to perfect his short game prior to winning the 2007 Masters.

If you want to grab breakfast or lunch before or after a round, the Clubhouse Grille Room has a comfortable ambiance with trendy furnishings, four big screen televisions and a full bar. Highlighting the menu are selections such as the Timacuan Burger, which is made from 100 percent premium Angus ground chuck; Chef Sonya's Mahi Mahi Sandwich, a delicacy created by Chef Sonya Cowdrey; and Nate's Reuben, a popular sandwich with smoked turkey, sauerkraut and Swiss cheese named in honor of the golf director.

At first glance, with its pedigree of hosting several U.S. Open qualifiers and other important local tournaments, there's a tendency to think Timacuan G.C. is a difficult layout that only low handicappers can truly appreciate. That's an erroneous assumption because the multiple tee settings give all skill levels a chance to enjoy the course and score well.

Timacuan's scorecard has tee recommendations for different handicaps to ensure playability for all players. Regardless of skill level, Timacuan is enjoyable because it offers a wide range of shot options in a variety of settings highlighted by some of the most memorable holes in central Florida. 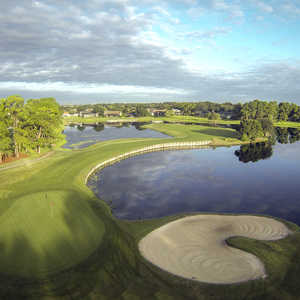 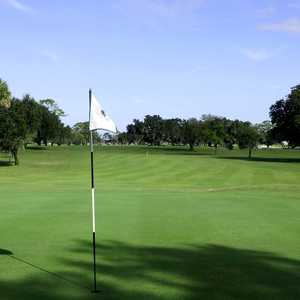 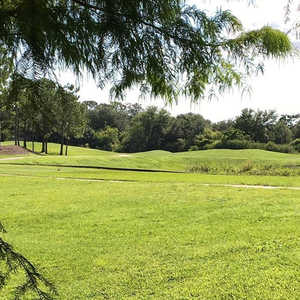