APOPKA, Fla. -- Set in an area rich with trees and foliage, the golf course at Sweetwater Golf & Country Club is a wonderland of moss-draped oak trees, tall pines and mature palm trees.

Sweetwater is a wonderland of moss-draped oak trees, tall pines and mature palms.
«

Sweetwater Country Club is situated amid the beauty of the Wekiva State Park. Sweetwater is one of Orlando's premier golf courses, boasting a challenging championship layout with some of the area's best greens. The classic links layout brings a taste of Scottish golf to central Florida. Mature oaks shade the golf course, lining the fairways and framing the greens.

"It has an old-fashioned feel with a friendly private club ambiance that's welcoming to everybody," Sweetwater Head Professional Greg Jenkins said.

Sweetwater opened in 1972 and the course has matured marvelously with spectacular tree growth that enhances the overall golf experience.

A traditional layout with tree-lined fairways and medium-size greens with subtle undulations, Sweetwater was designed by Lloyd Clifton, whose other designs in the area include the Country Club of Mount Dora, DeBary Golf & Country Club and Lake Orlando Golf Club.

"Tee boxes and greens are situated close together on the course," Jenkins said. "This helps with speed of play and is appealing to people who want a round in the four- to four-and-one-half-hour range."

Jenkins added, "There are no forced carries on the course, so that also helps with speed-of-play issues."

Recently, Sweetwater added another tee setting (bringing the total to five on each hole), which, Jenkins said, has been popular with shorter hitters off the tee and those golfers participating in "Play it Forward."

Jenkins said the new tee setting has been well received because it gives golfers another option to enjoy the course and play a yardage more suitable to their skill level.

How to play Sweetwater Golf & C.C.

"It's a golf course that makes you focus on club selection for every shot," Jenkins said. "You'll end up using just about every club in the bag because the course demands a wide variety of shots and driver is not always the preferred choice off the tee."

"The yardage is somewhat deceiving because we have three par 3s that stretch over 200 yards from the back tees and a par 5 that's over 600 yards," Jenkins said.

The mammoth 625-yard par-5 11th -- nicknamed the "Loch Ness Monster" -- is a brute of a hole that requires some serious muscle off the tee if you choose to play from the back. The tree-lined hole double doglegs around a lake. Mid-handicappers should play from the blue tees at 545 yards or the white tees at 530 yards.

A round at Sweetwater concludes with a fun-to-play 364-yard par 4 that requires a tee shot from a slightly elevated green and an approach shot to a long vertical green framed by water on the right and a shallow greenside bunker on the left.

You don't need to be long off the tee to play and enjoy Sweetwater, which measures just less than 6,400 yards from the blues. The tree-lined fairways demand accuracy off the tee, and a deliberate, strategic approach is needed if you want more birdies than bogeys on your scorecard.

The total yardage is somewhat misleading because you need a good poke off the tee on the ever-so-long "Loch Ness Monster" par 5, and the three par 3s that play at least 200 yards require a long iron or hybrid.

There are numerous shotmaking opportunities at Sweetwater and a variety of possibilities to run up shots on the greens. With the exception of no. 8, you can hit bump-and-run shots.

Jenkins said Sweetwater does not overseed its TifEagle greens so they run smooth and fast during the winter months.

If you like traditional courses with tree-lined fairways similar to many layouts in the northeast U.S., you'll thoroughly enjoy Sweetwater Golf & Country Club. 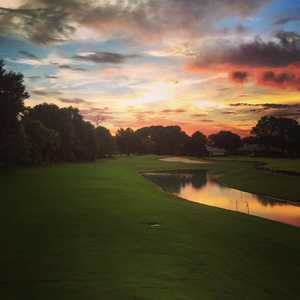 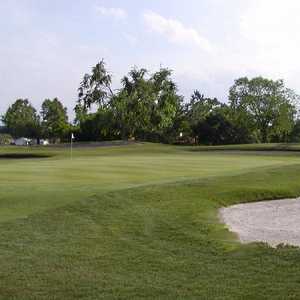 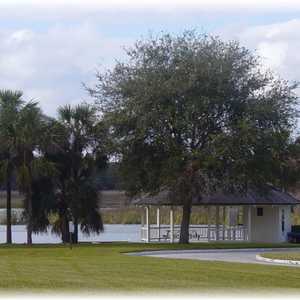