Southern Dunes has a whopping 182 bunkers, most of them large.
«

As it is, the golf course, which is between Orlando and Tampa, has had a hard enough time luring golfers away from those two metro areas. But, a great golf course usually gets noticed via both word of mouth and national awards, and Southern Dunes has had plenty of both, and now they flock to it.

But, back to those bunkers. There are a mess of them — 182 in fact — and they come in a variety of shapes and sizes, a strategic concept architect Steve Smyers has come to symbolize.

The upside is that the course gives you plenty of alternate routes around them. The fairways are wide and the landing areas are generous, and if you can control your driver, you can usually manage to avoid them, Smyers said. Just bear witness to how pretty they are — if holes filled with dirt can indeed be considered pretty.

Some average hackers are inclined to agree.

"When you stare out from the tees, it's very intimidating," said Paul Lovizio, who has played the course frequently. "But, there's more room out there than you think."

Others are just perplexed.

"The bunkering, I don't know if it's for show — you've got a 75-yard bunker and I don't know if it's in play for anybody, unless you're completely spastic," said Canadian Steven Dowd, playing the course for the first time. "John Daly would like this course: grip it and rip it."

Smyers, in an earlier interview with TravelGolf.com, explained his theory.

Smyers said though other courses, in reality, may have more bunkers, his tend to grab your attention more.

"So it's not that we build more bunkers, we just build them where they're right in front of you. We build those sand faces right up there and they strike the fear of God into you.

True enough. The sight of the relentless bunkering, hole after hole, can be a little unnerving. But, the other upside is that Smyers is a big fan of the recovery shot, and so he incorporates few water hazards into his schemes. To date, no one has invented a water wedge.

The verdict on Southern Dunes

Southern Dunes has won scads of awards from most of the major golf magazines, and it is indeed a wonderful day of golf. It's built in that central Florida region that lays atop a big sand ridge, not far from the highest point on the peninsula, so there is some elevation change, though there are other courses in Florida with more, including the nearby Highlands Reserve golf course.

There are other fine characteristics other than the bunkering. The greens are large and very fast, with good undulation, and many have some pretty severe slope, so if you can avoid the bunkers, you have adventure waiting for you.

The fairways have excellent movement, with mounds lining boundaries and some sporting moguls. It's in excellent shape, something locals say is true year-round.

"Of the courses I've played down here, it's certainly the best," Dowd said.

Green fees are in the $85 range, and worth every penny, even though it's set in a development with homes lining many holes.

The Holiday Inn on Florida Ave. is a good place to base a visit to Lakeland, if you want to explore Polk County's golf courses. It's a central location, with easy access to I-4 and other main arteries.

If you happen to come during spring training time, expect to see a lot of Michigan plates; Lakeland is the spring training home of the Detroit Tigers, and the motel isn't far from Joker Marchant Stadium.

It's a two-story hotel, with 171 rooms with a free continental breakfast and an Italian restaurant, La Dolce Vita.

There is a bar, fitness center, outdoor pool and whirlpool. With its central location, there are a variety of restaurants nearby, and downtown is located only a few blocks away.

Smyers also did Old Memorial in Tampa and Wolf Run in Indianapolis. 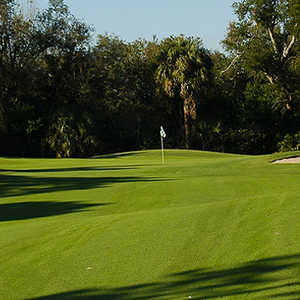 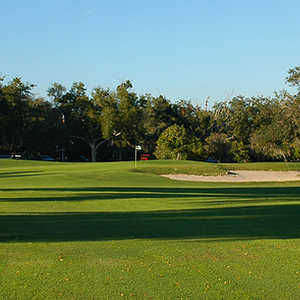 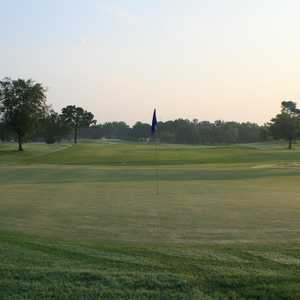