Gainesville golf: Plantation Oaks has Arnold Palmer's influence - at least on one hole

Palmer was at the course one day years ago for the wedding of a grandson and took a tour around the layout. When he got to No. 14, a little par 3 over water with a fountain, he had a little suggestion: put in a little more water to the left, near the green. They took him up on it and voila: a Palmer-influenced hole.

Palmer didn't offer any more suggestions, or if he did they didn't take him up on it. The course has been around since the late 1970s, one of those mid-level Gainesville golf courses that's easy on the wallet.

Also — like other Gainesville courses — it's short at 6,570 yards from the back tees, befitting an older course. It's a traditional layout in a parkland setting with oaks and pines. It has homes around many of the holes and only occasionally do they creep up too close for comfort.

The main obstacle here is the narrowness of the fairways.

"For courses around here, we feel this is one of the tighter ones," Assistant Professional Allen Rose said. "Some of the others are a little more forgiving. It's not long, but you have to keep it in the fairways and out of the trees. I think it's a little more target golf than the others."

Like No. 15, one of the harder holes on the course, a 520-yard par-5 dogleg left. It takes a man to cut the dogleg, and if you're short, you'll find trees blocking your way to the green so that it's impossible to reach in two. Play either a long draw around the trees or a fairway wood to the middle to give yourself a fighting chance.

No. 16 is another tight hole and No. 9 has out-of-bounds both sides, including water to the left. It's rated the hardest hole on the course, but again, if you're accurate, it shouldn't dramatically mess up your scorecard.

The semiprivate club five miles north of the city has tried to improve the course over the years, renovating many of the tees and greens and adding new carts and paths.

Green fees here are $29 during weekdays and $39 weekends, so the price is right for a course of this caliber, with its gentle slopes and mounds. It could still use some improvements on the tee boxes and some of the greens, but it's a fun play without being a serious challenge.

The greens are a little larger than you'd expect from such an older traditional course. They are relatively flat, though some have some slope and mild undulation.

The course has been a popular spot for tournaments over the years, including the Alachua County Amateur Championship, the Alachua County Senior Amateur, the NGA Hooter's Tour, the Buick Scramble sectional qualifier and the Nike Florida Classic qualifier. One event that has caught on is the Gator Country Lefty-Righty tournament, where normal humans square off against the southpaws.

The Hilton on SW 34th Street is not far from downtown Gainesville, on the southwest corner of the University of Florida. It's a good-sized hotel with 245 rooms, three suites and 25,000 square feet of meeting space. All rooms have free high-speed Internet access. There's a swimming pool, fitness room, lobby bar and restaurant.

The Best Western Gateway Grand is right off Interstate-75 and a convenient place to check out the Gator Nation. There's a complimentary breakfast, free high-speed Internet access, pool, hot tub, fitness room and more than 6,000 square feet of meeting space. They also have a spa.

In addition, the golf club has villas for rent. 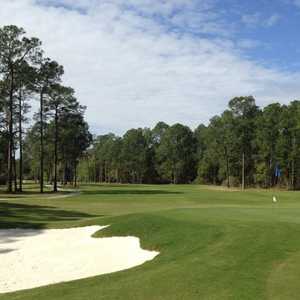 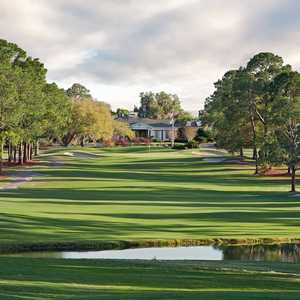 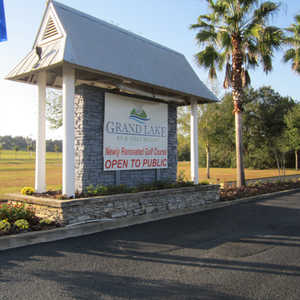