VENICE, Fla. - You don't find too many bombs-away courses in this part of southwest Florida, with its heavy concentration of golfers more interested in their retirement portfolios than driving distance. They don't retire to sunny Florida to be confronted by 7,500-yard monsters where they could turn back-flips easier than reach the par 5s in three or even four.

Down here, you want a course that caters to the clientele, which for the most part is well past its hell-raising and fist-pumping days. So, you try to keep it short and strategic, give them some room off the tee and plant some pretty flowers.

Thus, you have a lot of courses like Pelican Pointe Golf and Country Club, south of Sarasota, not far off Interstate-75 in Venice. The "e" on the end of Pointe, of course, denotes class. It's a Ted McAnlis design and it's easy on the eyes as well as the ladies and seniors or even for those who can't or don't want to smack it a mile.

"Obviously, in this part of Florida, we have a lot of older golfers and this course is fun for them," said Pelican Pointe Head Professional Bill Neal.

"It's a good course, especially for an old duffer like me," said Simmons, finishing off a putt on No. 18.

It is indeed a fun course, with more cognitive than bench-press strength required. It's a 27-hole layout and the original 18 opened in 1995, then nine more were added in 2003.

The greens are comparatively large and offer only mild undulation. There are no unseen hazards and few forced carries, though the 595-yard third hole offers a nice, risk-reward option of going over the lake to the fairway or taking the safe route around.

The course winds through a country-club setting, with half of the 1,000 acres dedicated to wildlife preserves. It has homes around most of the holes, though the water attracts all kinds of Florida waterfowl.

Some of the homes are too close for comfort but they've done a decent job of keeping them fairly circumspect. The cart paths cross numerous roads, and some holes play along busy streets, but for the most part it's a pleasant outing.

"Even though you've got a lot of houses, they're set back enough so it has a natural feel," Neal said.

The older folks love their group outings, so Pelican Pointe can get crowded on occasion, but fights are unlikely to break out very often. And though the course is relatively easy, there are some holes that will bite you around the ankles, like No. 27, on the newest nine, a double-dogleg par 5, a hole Neal said they planned to soften a bit by taking some trees out along the right side.

No. 4 on the original 18 is an interesting hole for its visual deception. It's a dogleg left and those trees that look like they're on the left side of the fairway are actually on the right.

The Longboat Key Club sits so close to the Gulf of Mexico you can hear the grouper groaning and literally see the wind blowing patterns over the saltwater. If you fell off the balcony, you'd almost land on the beach. The sun sets in your picture window like a painting.

It's an exclusive resort in an exclusive setting - Longboat Key is home to many rich and famous, and known for its literary lights: John D.MacDonald used to live here.

Water sports are the big deal here, with boating and fishing excursions available, or if you don't want to go that far, the resort has sailboats, kayaks boogie boards and snorkel equipment. If that's still too much activity, umbrellas and cabanas are available, or just lounge by the pool or sit at the outside bar and stare at the Gulf until another hurricane hits.

Longboat Key Club has no less than six restaurants and lounges, starting with Sands Pointe, with the broad sweep of the Gulf as a backdrop.

The Grill at Harborside serves seafood and steaks for dinner and the Dining Room at Harborside offers a buffet. Barefoots is the poolside lounge where you get the pink drinks with umbrellas, and Spike n' Tees overlooks the golf course.

If you want to make the short drive in to Sarasota, there is a wide variety of restaurants.

With most home sites sold, the club expects the build-out to be completed in about a year. 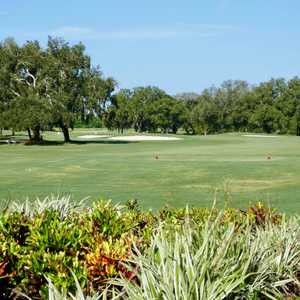 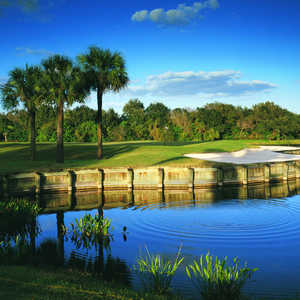 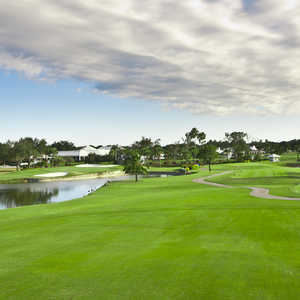