NAPLES, Fla. -- How upscale and exclusive is Naples? Here's one indicator of the city's wealth: Even the public golf courses are beautifully conditioned, well-groomed and fairly hoity-toity.

The Flamingo is the more challenging, mostly by virtue of fairways that squeeze like a tube of toothpaste at the landing areas.

They don't look particularly narrow from the tee boxes, but many are hourglass-shaped. Unless you play short or (really) long, you're going to have trouble keeping the ball on the fairway. This doesn't always sit well with some golfers.

"I didn't really like the front nine that much," said Pat Beljan-Ayres, the reigning Executive Women's Golf Association champion, here to defend her title. "I thought it was definitely too narrow for a public course. I hit the ball like the average guy, and I don't think they give you enough room."

The Flamingo isn't long -- 6,527 yards from the back tees, though it can be stretched to 7,171 from the championship tees -- but your drive is the key to scoring well here. That and avoiding the many finger bunkers and water hazards.

The course has some of the traits golfers normally associate with Florida golf -- namely, it's flat and wet. There are few forced carries off the tee, but the water comes into play often enough on approach shots. You'll need to bring your aerial game if you don't hit to the right spots.

The Flamingo is a very good public track, with large, contoured greens in excellent shape and a number of well routed holes.

The 397-yard, par-4 fourth, with its narrow landing area and undulating is the No. 1 handicapped hole. The fifth is known as the island hole, with a two-tiered green that slopes back to front into water.

The shortish, par-5 eighth is a fun hole where long hitters can clear the hill and bunkers to the left to get the ball rolling in the blind landing area in the bending fairway. You're dealing with a cross bunker on your second shot.

"This is the first 'surprise' hole," Beljan-Ayres said. "The first seven you could pretty much figure out what you had to do."

No. 9 is another par 5, this one with a bunker-split fairway. Go right and you cut your yardage, but you're also looking at water right and a narrower landing area. The slightly elevated left-hand fairway will leave you with a better angle into the green.

Not unexpectedly, there are quite a few homes around the layout, though most are separated from the course by water or foliage. The interior of the course is very open, susceptible to the winds.

One problem is drainage: After a recent hard night's rain the course still had standing water the next day, even with the August sun beating down, and the fairways were very soggy. 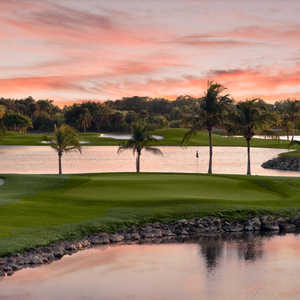 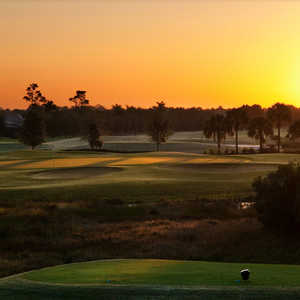 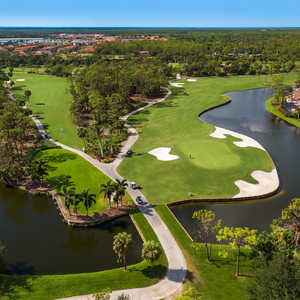