LAKE BUENA VISTA, Fla. -- The Magnolia or the Palm?

Of all the Disney courses, the Magnolia supports a greater abundance of wildlife. At any given time, you're likely to see deer, osprey, alligators and turtles. A flock of wild turkeys has brought several tournaments to a standstill while they pecked along its fairways. The course features elevated tees and greens with wide and generous fairways graced by over 1,500 magnolia trees that bloom from late spring to mid-summer.

If you're forced to choose between the two hosts of the Children's Miracle Network Classic, tee it up on the Magnolia Golf Course at Walt Disney World Resort.

Here's why. These golf courses are so similar in style and terrain that the only way to differentiate one from another is subtleties. The Magnolia course has history on its side, the exciting final hole of the PGA Tour's yearlong Kodak Challenge, and arguably the most famous bunker in all of Florida.

The Magnolia, a Joe Lee design sprawling on 175 acres within the heart of Disney, has hosted the final round of Disney's annual PGA Tour event every fall since it opened in 1971. That means legendary champions such as Jack Nicklaus, Tiger Woods, Vijay Singh, Hal Sutton, the late Payne Stewart, Mark O'Meara and Davis Love III have prowled its fairways. Nicklaus won the first three tournaments. The clubhouse features a nice Wall of Champions to get the blood flowing before your tee time.

Over the years, Disney has stretched the golf course to a whopping 7,516 yards, making it one of the longest courses on the PGA Tour. Even so, the pros feast on it regularly with lots of birdies. Stewart shot the course-record 61 in the third round of the PGA Tour's event in 1990, thanks to nine birdies and an eagle.

"The course, as we all know, has given up lots of low scores over the years pretty routinely, so you have to be in an aggressive mental mindset when you're out there," Stewart Cink said during the 2010 Children's Miracle Network Classic.

The Magnolia course is dotted with 97 bunkers, but the most noticeable sand trap guards the front of the green at No. 6, a 231-yard par 3. The "Mouse Trap" is shaped like Mickey Mouse, one of the many "hidden Mickey" symbols spread throughout the resort. Most golfers can't leave without posing for a photo, best taken from the ladies tee, where the Mickey face is most recognizable.

The bunker isn't just a gimmick, either. It's a real hazard. Sean Clarson, a Disney assistant golf operations manager who has worked at all of the resort's courses, says making par from the sand isn't easy.

"It depends on where you are in Mickey," Clarson says. "If you are up into one of those ears, the ball can plug. It is not a particularly easy up and down from there."

Five of the final nine holes of the Magnolia incorporate water, adding to the end-of-the-round fireworks.

The par 5s on the back nine, No. 11 and No. 14, are memorable. The 17th hole, the final hole of the yearlong Kodak Challenge, commands the most respect. Players need to attack the pond in front of the tee on the 399-yard par 4 for an easier approach to a well-guarded green. The 2010 Kodak Challenge's three-man playoff ended when Troy Merritt stiffed a wedge to claim $1 million over PGA Tour rookie of the year Rickie Fowler and Aaron Baddeley.

You might not earn that kind of cash on the Magnolia, but just teeing it up where the pros play is a good enough consolation prize for many amateurs.

"The guests like that it's a PGA Tour course," Clarson says. "They like to tell their friends that they are playing the same course everybody sees on TV." 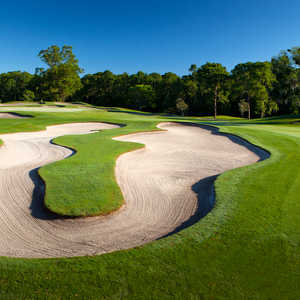 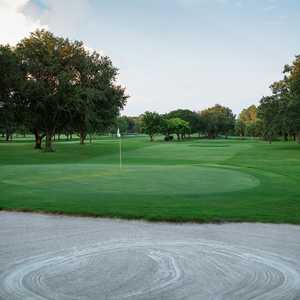