Hombre Golf Club in Panama City Beach has water on 21 of its 27 holes.
«

Great names, but aren't they getting their Westerns a little mixed up? They got permission from Clint Eastwood to use the Good, Bad and Ugly, but what about Paul Newman, the half-Indian who gunned down Richard Boone in that great Western, "Hombre?"

Wait a minute, aren't we in Florida?

If all this sounds a little confusing, like Hombre is having a little trouble with its identity, rest easy. The course is a little gem in spitting distance of the Gulf of Mexico, where the spring breezes bring in the cool air hovering over the Gulf like outside air-conditioning.

Its identity is also solid: it's like a mean, little bantamweight, like the great Rubén Olivares for you fight fans. It looks small, but carries a big bite.

"It can get you in so many different ways," Hombre General Manager Dan McGrath said.

The first of those ways is the narrowness of the tree-lined fairways. This isn't a course to experiment with your driver — use it only if you trust it.

This is a course that rewards accuracy over macho. The course is an annual host of the PGA Tour qualifying school, and a certain breed of long hitters doesn't like to make this trip. If you insist on unloading the elephant gun every hole, you probably won't like it either.

But, if you like a subtler challenge, you will enjoy Hombre.

The original 18, the Bad and Ugly, opened in 1989 and they brought The Good on board a few years later.

"The Good is a little different," McGrath said. "It has fewer trees; it's a little more open."

That little difference keeps some members away, who would prefer to play the original 18, but I found the openness a nice break from the tight fairways. Besides, the addition of the palm trees on the Good — in contrast to the pine-dominated fairways of the original 18 — gives the nine a distinct personality, and reminded me of some Naples courses.

Being at the beach, in a place that tourists love, you won't find a rural, pastoral experience at Hombre, but Burnham managed to keep some water from the swamp he drained to build the course.

There is water on 21 of the 27 holes, in the form of lakes, ponds and small canals. On the Good, some of the original wetlands remain.

Course officials renovated the original 18 recently, rebuilding virtually the entire course from tee to green, though the layout was not altered substantially. The renovation took two years.

Hombre is an excellent facility, a nice, playable, fun course with a good practice facility. In the spring, the fairways and tee boxes were in spectacular shape, with the conditions of the greens running a little behind.

Still, the greens are a particular strength here. Burnham showed a great deal of imagination in designing them; many are multi-leveled with ridges, valleys and slopes. They are challenging to say the least, but none could really be called unfair, though I'm sure some of the pin placements for the qualifying school can be torture.

It's also one of those clubs where everyone seems to enjoy being there. Hubert Green and Allen Doyle like to hang out there and, on the day I played it, former Pittsburgh Pirates great Bill Mazeroski was playing with a group of friends.

Green fees are in the $100 range. The course is open to the public, with guests at the Edgewater Beach resort getting preferred tee times.

The Edgewater Beach Resort is one of those places that combines luxury living with the primordial experience of falling asleep with the roar of the sea in your ears.

I mean, the Gulf of Mexico is right there, just yards away. Step out on the balcony, and get salt spray in your face, if the wind is blowing right.

Edgewater has one-, two- and three-bedroom, Gulf-front, luxury condos, fully furnished with full kitchens, big-screen TVs and washer/dryers, all with the added convenience of room service.

The resort's five soaring towers are located in a 110-acre, gated community and overlook a coastline that just went through a $21 million restoration project.

There is an 11,000-square-foot Lagoon Pool, a Polynesian-style, free-form pool with waterfalls, and surrounded by landscaped islands.

In all, there are four oceanfront pools. There is also a nine-hole executive golf course and, of course, access to The Hombre. 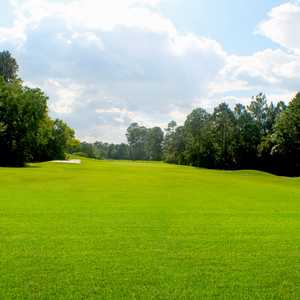 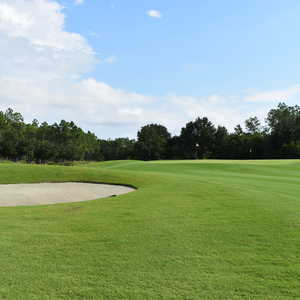