FORT LAUDERDALE, Fla. - There was a time in the not-too-distant past when building Florida golf courses was a graceful affair. There was a time when architects had the creative luxury of routing layouts compatible with the natural contours of the tropical landscape, instead of bending to the demands of developers more intent on selling condos.

The Coral Ridge Country Club hails from that era. Designed by Robert Trent Jones, it is one of a handful of private, old-time Florida courses that transport you back to the 1950s, when you could build a core golf course and still make a little profit, where the experience was more to the point than selling real estate.

Of course, time and greed always catch up; there are homes around the old course now that weren't there when the course was conceived by one of the masters of American golf course architecture. However, Coral Ridge retains much of the charm and challenge it had when Jones' two boys, Bobby and Rees, were gallivanting around the course, learning the game and soaking in the rich, architectural heritage.

"I've heard it described to me as classic Robert Trent Jones," said J.J. Sehlke, a managing general partner of the course. "Great picture bunkers that help set up the tee shot, small, well-protected greens with subtle undulation. In fact, it's a park in the middle of Fort Lauderdale. Unless you're in a rural area, it's hard to find this kind of setting; it's difficult to find someone who would give up this much land for a golf course nowadays."

The difference between Coral Ridge and some other classics is that Jones also owned the course. He bought the 200 acres of prime land near the Atlantic Ocean for it; he could have bought much of the surrounding land, too, and sold it for obscene profits decades later, but that's another story.

So think of how it must feel to inherit the mantle of a Robert Trent Jones golf course - not one he designed, but one he owned. The Jones family had the course for 50 years and only recently sold it to a group of South Florida businessmen, most of whom are old-time members of the club and friends of Jones, who died in Fort Lauderdale at age 93.

Sehlke inherited Jones' old office until he moved into a new one and found all sorts of interesting artifacts: Jones' old drafting table, renderings from old masterpieces and a hand-written note from former President Dwight Eisenhower, thanking Jones for his redesigns of the greens at Camp David.

The trick for Sehlke and the new ownership groups is to modernize the course without taking away the historical charm of the place. Conditions are excellent now, and they have plans to install modern grass - including saltwater resistant paspalum to replace the old Bermuda - updating the 1950s-era irrigation system and re-doing the clubhouse.

"We're in the process now of evaluating the facility, seeing what needs to be done," Sehlke said.

It's a treat to play the course, enjoying Jones' strategic bunker placements, his long tees and his undulating greens, which actually aren't as severe as many future courses he would design. The course is 7,095 yards with a slope rating of 134, with water hazards and other obstacles to avoid. It has a terrific arrangement of par 3s.

But, even more, it's a treat to relish the history of a course, a time and a place - this is where Julius Boros, a great friend of Jones, spent his last day on earth, on the 16th hole. They named a bridge after him and his widow still lives on the course and plays every week in the ladies tournaments. There's a memorial garden Rees Jones built for his mother.

The Westin Diplomat Resort and Spa is Greater Fort Lauderdale's biggest resort, and it sits right on the beach, looming 39 stories above the Atlantic, with views of sunrises, cruising yachts and tug boats carrying cargo across the choppy waters.

It's a big, bold, 1,000-room south Florida hotel with marble floors, sweeping views and art deco curves and lines. There is a 60-foot, glass atrium with views of the sea, 24-hour room service and high-speed Internet.

Shuttles can take you to the grand Diplomat Country Club, with its 60-room hotel with tennis, an 18-hole golf course and spa. The tennis facility has 10 clay courts, six of them lighted.

The 30,000-square-foot spa offers "Everglades" facial and body treatments, steam rooms, whirlpools, private patios and a personal attendant. The spa is a garden courtyard and includes a fitness center and yoga classes.

The resort sits on that small, ritzy spit of land between the ocean and the Intracoastal Waterway, where the rich come to frolic and has views of both. There also seems to be less traffic here than inland, where regular people work and play.

The Westin Diplomat has nine restaurants and lounges, from nightclub dancing to poolside grills.

Hollywood Prime is a steak house and the Café serves breakfast and lunch, then switches to Italian dining at night. Nikki Lounge serves seafood/sushi and cocktails and the Links Grill has all-day dining.

There's also a coffee bar, the Tack room, which serves cocktails and Satine, the night club.

The Doherty Amateur Championship is hosted by the club and a winners' plaque in Jones' old office has some of the most famous players in women's golf history, like Babe Zaharias and Joanne Carner. 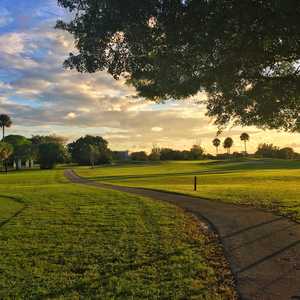 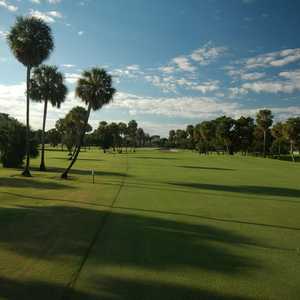