The Palm Beach County Parks and Recreational Department proved you can take a substantial piece of overgrown scrubland tangled with invasive Brazilian peppers and turn it into a productive, friendly environment for birds and other wild species -- including golfers.

Okeeheelee is the second busiest course in the Palm Beach County golf system.
«

"This property is much healthier than when we found it," says Ken Smythe, general manager at Osprey Point Golf Course.

Just one of two certified Audubon International Classic Sanctuary courses in the world (the other is in China), Osprey Point is a treasured feather in the Palm Beach County portfolio of munis, which also includes the robust Okeeheelee Golf Course in West Palm Beach, Park Ridge Golf Course in Lake Worth, Southwinds Golf Course in Boca Raton and the John Prince Golf Learning Center in Lake Worth, where there is a three-hole practice course.

Osprey Point is built on land once used for farming and mining. Abutting the Everglades, you can stand on the seventh tee of the Falcon nine and look west over Florida's vast flat landscape and spot a small yellowish band of color on the other side of the deep green tropical wilderness.

"Since we established the course in 2010, all kinds of wildlife have returned," Smythe says. "To enhance their habitats, in accordance with Audubon's requirements, we have established butterfly gardens, installed Purple Martin mansions and erected perch poles for birds of prey like hawks and bald eagles. Each year we add something new for our wildlife."

To make life on the course plusher for human life, Osprey Point is planted with Platinum Paspalum from tee to green, a luxury typically afforded only by exclusive private layouts. Routing is logical with each nine returning to the clubhouse. The fairways are wide, defined by coquina cart paths, grasses, palmettos, palms, wetlands and environmentally-protected areas. And there are few forced carries. Greens roll true and fast (about 11-12 on the Stimpmeter). It's a real feel-good course.

"It is not unusual for players to come in after playing and say they had their best round of the year," Smythe says.

All of the Palm Beach County Parks and Rec courses but Southwinds were designed by the British-born Case, whose mantra is "Golf is a game, games are to be enjoyed, golf is to be enjoyed." That spirit is played out on all of the county layouts.

Obviously, Case got it right. More than 100,000 rounds were played at Osprey Point last year, while the other Palm Beach County Parks and Rec courses saw heavy play as well. Even with all those rounds, the county courses all rate above average in course conditioning, thanks to an excellent maintenance program.

Something for kids, too

"We have a lot going for our juniors, including the Get Golf Ready program," says Bethany King of the Palm Beach County Parks and Recreational Department. "And we keep 10 to 15 sets of US Kids clubs at all our facilities that are free for the boys and girls to use."

"Their parents were as excited as they were," he said. "Brooks Koepka got his start in our junior program at Okeeheelee, and since he turned pro he has created two programs for kids."

With a water challenge on just about every hole, Okeeheelee winds through wetlands and around ponds. One ominous clue you might lose a Pro V or two is the rack of second-hand balls bagged and stacked in a case near the front counter.

Home to herons, sandhill cranes and other birds who strut their stuff unruffled at having their photos being snapped, Okeeheelee is tighter, longer and tougher than Osprey Point with more forced carries, mounding, several doglegs and some tricky par 3s. For example, the second hole on the Eagle nine has water on the right, a drop-off behind the small green and wetlands on the left. Being long is not a good idea here.

"This is a tricky one," she says about the hole. "There is a big thing of water right out there on the left, but don't go too far right because there's all that rough stuff there and then when you get closer to the green you have to decide whether to go short to the right than go over the water or go for it and try for the green. Then the green slopes from front up to back and it's steep. So your ball can land on the green and roll right back down."

Hood says the county is launching a restoration project for Okeeheelee's fairways and greens (although we found them pretty good as compared to other munis). Hood also said the clubhouse at Park Ridge Golf Course would be expanded and a new clubhouse is planned for Osprey Point.

Southwinds, the oldest of the group, is an old-school layout with wide-open, flatter fairways and it is the only course that has some homes around it.

Other courses offering a good golf experience and excellent value in the Palm Beach County area include Sandhill Crane Golf Club in Palm Beach Gardens, designed by Case in 1992 (redesigned in 2013) and running through wetlands with some forced carries and plenty of wildlife; West Palm Beach Golf Course, a graceful Florida classic by Dick Wilson dating from 1946 and restored in 2009 by Mark McCumber; Madison Green Country Club, routed through nature preserves and pine groves, it's home to the Florida State and U.S. Amateur Championship qualifiers; Binks Forest Golf Club, a well groomed track in the equestrian-rich Wellington area; and Palm Beach Golf Course, one of Florida's sweetest par 3s.

"We're in the forefront," Smolen says. "The word is getting out that Palm Beach golf is the most affordable golf for the quality." 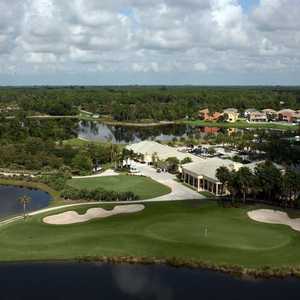 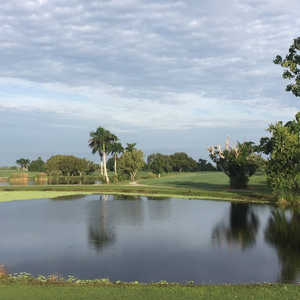 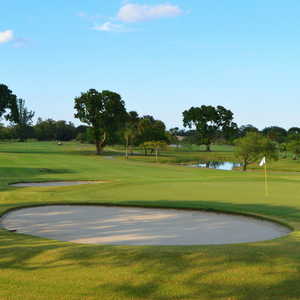