At hilly Legends Golf and Country Club in Clermont, you can take a break from typical Florida golf

CLERMONT, Fla. -- Who says that all of Florida golf is about hitting targets on flat courses that mostly look the same?

At Legends Golf and Country Club, the altitude comes into play like few other courses in all of Florida.
«

Legends Golf and Country Club, located about 45 miles west of downtown Orlando, is the complete opposite of what most people expect from Florida golf. Clermont has the highest elevation of any city in all of Florida and is actually home to some of the largest triathlon races in the country because of its altitude.

Clermont might not be Denver, but at Legends, the altitude comes into play like few other courses in all of Florida and is well worth taking a break from Orlando to make the trek west to this part of the state for a day. There isn't a lot to do in Clermont, but golf at Legends is worth the ride, even if it means getting away from Mickey and Donald for a day.

At 6,911 yards from the tips, this Lloyd Clifton-designed layout starts off tough on the first hole. From the tips, there is a great view of Lake Louisa beyond the pin with a straight, downhill tee shot.

It plays to 366 yards and is reachable because of the slope, but there is water, and the fact that playing from different slopes and uphill and downhill positions make it challenging for the Florida golfer who isn't used to it.

Chris Russell, the club's assistant golf professional, said that it's the elevation that attracts golfers to Legends Golf and Country Club.

"The elevation changes are different for the majority of the people who play here," Russell said. "You have changes on almost every hole, and that is unique to Florida golf."

The 427-yard 16th is another hole that brings the changes in elevation into play. It is the second-toughest hole on the course and can cost you if you don't hit it. There isn't a lot of water, although you drive under a unique-looking water tower between the 13th and 14th, but most fairways are lined with trees on both sides.

As with most Florida golf courses, Legends Golf and Country Club runs through a housing community, but the homes don't come into play. On a recent Thursday when rain swept through Central Florida and soaked the course, by late afternoon the rain was gone, and the course still had steady play.

The Legends offers one of the best practice facilities in Central Florida, and Russell directs the Legends Golf Academy.

"We play here once a week, and you can't beat it," a slightly drenched Bermont said. "They keep this course in great shape, and it reminds me of back home in Vermont."

Closeton, a Marylander, said this was as close as he could remember to his old stomping grounds up north.

"I love Florida, but every course is kind of similar to everything else," Closeton said. "This reminds me of back north. It's nice to hit it around a course that gives you some blind shots and some elevation. The scenery makes you forget that this is Florida. That's not a bad thing, but at least it's different."

It's possible to leave Florida without leaving Florida. Legends Golf and C.C. is a bit out of the way, but the scenery, the elevation and just a simple change of pace from typical Florida golf makes it well worth the trip. 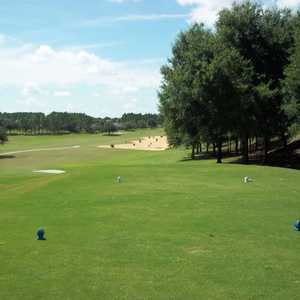 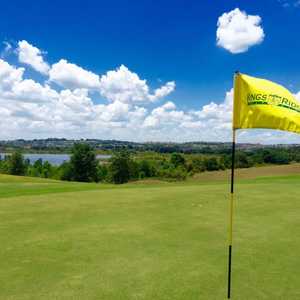