Every golfer has been there before -- hitting a solid lay-up shot to a blind fairway and seeing the disheartening splash. That could happen to an unsuspecting first-timer at Heron Creek Golf & Country Club, where the best advice is to scout out the course in advance, play with a member and buy a yardage book.

Heron Creek Golf & Country Club checks in as one of the top-rated courses around Sarasota.
«

But that warning should not dissuade anyone -- regardless of handicap -- from enjoying the provocative, 27-hole course, consistently rated among the best in the Sarasota area. Even players who have been victimized are quick to point out the virtues of Heron Creek.

"I am a 22 handicap, so this course was quite challenging, narrow with lots of water and junk, as well as large, uneven greens and many difficult-placed sand traps," wrote Tiffany45, of Sarasota, after her round in January. "However it is in such great shape and requires you to play conservatively or pay for risky play. I loved it and would play it again in a minute. You may not score well, but you will have a good time."

With water and wetlands in play on virtually every hole, there is plenty of trouble at Heron Creek, reflected in a slope of 140-143 for each of the three 18-hole combinations.

But the Arthur Hills gem, which opened in 1999, is hardly a brute. The longest 18-hole combination (Oaks/Marsh) plays 6,869 yards from the back tees and to a course rating of 73.5. From the women's tees (4,787 yards) and those in between, forced carries are either eliminated or diminished.

True to his style, Hills, a designer of more than 130 courses, offers lots of risk/reward as players often have the choice to cut yardage with a chancy play over water or take a more conservative line. Prudence off the tee, combined with solid iron play and a little local knowledge can produce a rewarding score.

The course has an expansive range and short-game practice area and is the centerpiece of a housing development in North Port, 30 miles south of Sarasota. It has some surprising elevation change, playing through rolling hills and stands of oak, pine and palmetto. Greens are large, undulating and multi-tiered, requiring players to think as opposed to simply firing at flagsticks.

On GolfNow, Heron Creek Golf & Country Club has the best player rating of any course in the North Point/Venice area, as 34 of 74 reviewers give it five stars.

Reviewer RodHarp of Midland, Mich., summed up the feelings of many after playing the Heron Creek in January, having some difficulty but anxious to return. He gave the course a higher rating than two other area stalwarts -- Sarasota National Golf Club and Groves at Meadows Country Club.

"Be prepared to lose some balls!" he wrote. "Greens and fairways are in very good condition. Fun to play. I'll golf it again and hopefully cut lots of strokes off my score."

Kevin Dunleavy is a longtime resident of northern Virginia, a graduate of George Mason University, an award-winning reporter covering golf, colleges, and other sports for the Washington Examiner, and a single-digit handicap still seeking his elusive first hole-in-one. Follow Kevin on Twitter at @KDunleavy. 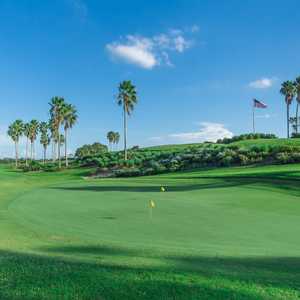 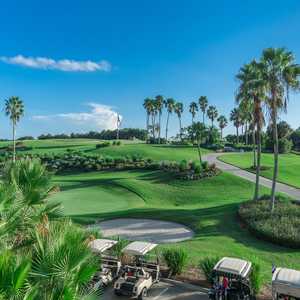 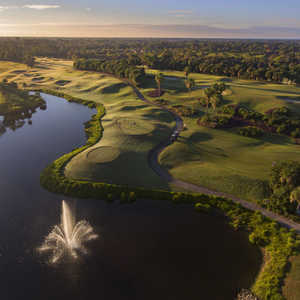