MIAMI -- For amateurs and PGA Tour golfers alike, the TPC Blue Monster at Doral Golf Resort & Spa is one of south Florida's most daunting golf courses.

The first hole on the Jim McLean Signature course at Doral marks the beginning of one of the toughest opening stretches in the U.S.
«

With the recent opening of the Jim McLean Signature Course at Doral, the resort now boasts the most intimidating one-two punch in the Southeast.

The 18-hole championship layout, formerly known as the Silver Course, was redesigned by noted golf instructor Jim McLean, who not only has his flagship golf school at Doral but also was lauded for his redesign of the Blue Monster in 1999.

"That worked out very well," McLean said of his 1999 project. "The top tour players came back to Doral. They loved the changes back to the original Dick Wilson look. Our rounds of golf were taking close to six hours, and that dropped way back to under five hours."

But while the TPC Blue Monster at Doral is most notorious for one hole -- its water-lined, par-4 finisher -- the Jim McLean course -- for which McLean consulted Tom Fazio -- has three holes in succession that will grab your attention. The trio is aptly dubbed the Bermuda Triangle.

No. 14 is considered the signature hole at the Jim McLean course, and for good reason. This island-green par 3 is as diabolical as it is visually stunning. It's like No. 17 on the Stadium course at TPC Sawgrass, but the green is smaller, and there's a little more rough around the green. Good luck!

No. 15 is the easiest of the Bermuda Triangle holes, but for the third straight hole, any shot right of the target will meet a watery grave. The elevated, two-tiered green is this hole's greatest defense. Play a fairway metal or hybrid off the tee, and you'll have a simple approach shot. Like the other holes in the Bermuda Triangle, par here is a great score.

A tough beginning on the Jim McLean Signature Course at Doral

Don't get ahead of yourself, though. Before you get to the Bermuda Triangle, you'll have to navigate your way through a difficult opening stretch.

"The first three holes from the back tees are the toughest starting holes in Florida and likely the U.S.A.," McLean said.

So why make the course so difficult? McLean says it's all about creating a memorable golf experience.

"Golfers are not traveling to play mediocre golf courses," he said. "The idea was always to get our guests at Doral to take the shuttle over to the Jim McLean course and also to have golfers traveling to South Florida make this a 'must-play' golf course."

If you thought the Jim McLean Signature Course is the only thing Doral has going on, think again. It's just one item on a $16 million list of upgrades the resort is making. Other projects include a partnership with the PGA Tour's TPC to rename the Blue Monster, TPC Blue Monster at Doral, as well as the enhancement of The Great White Course and Gold Course with TifEagle greens.

Proof that positive change is well under way, Mesazul, a South American steakhouse opened during the 2010 CA Championship, as well as Bossa Nova, a Latin lounge.

A $5 million renovation of the spa is scheduled to be completed before the resort's 50th anniversary in 2012.

The golf star in Miami shines brighter because of Doral Resort & Spa and the new Jim McLean Signature Course at Doral. But don't be caught star-gazing or bogey beckons.

Erik Peterson is a former editor for GolfChannel.com, specializing in courses and travel content. He earned his bachelor's degree at University of Oregon's award-winning school of journalism and communication. He enjoys playing competitive golf and carries a 2 handicap, but appreciates strolling the fairways with people from all walks of life. 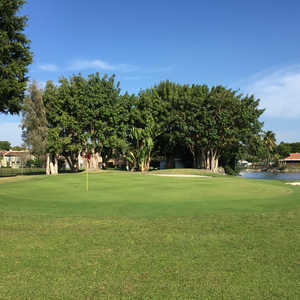